A Guide To Fir Essential Oil and Its Benefits and Uses 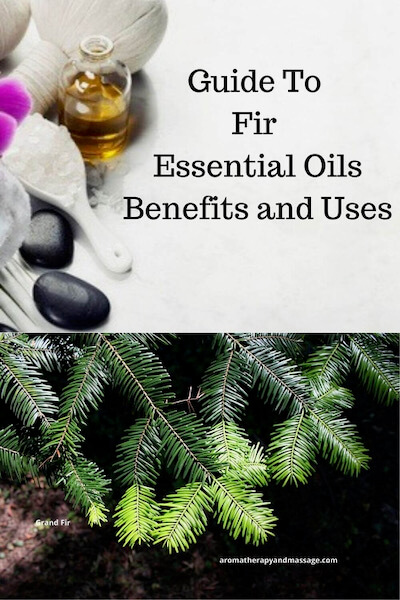 The scent of fir essential oil increases feelings of family harmony and goodwill, according to Aromatherapy: A Complete Guide to the Healing Art. The oil creates a sense of feeling both grounded and elevated at the same time and can help release emotional blocks.

Fir trees and the resulting fir needle oils come in many varieties. Here's a summary of the most common.

Psychologically, grand fir (Abies grandis) promotes motivation, self-confidence, and optimism and also promotes judgement and foresight, according to Aromatica: A Clinical Guide to Essential Oil Therapeutics, Volume I. Physically, the oil restores hypotonic/weak conditions. In Traditional Chinese Medicine the essential function of grand fir is to tonify the Qi, dispel wind-damp-cold, and strengthen the Shen.

Psychologically, Siberian fir oil (Abies sibirica) promotes will power, courage, and endurance and also promotes motivation and self-confidence, according to Aromatica. Physically, restores hypotonic/weak conditions and relaxes hypertonic/tense conditions. In Traditional Chinese Medicine the essential function of Siberian fir is to tonify and regulate the Qi and strengthen the Shen.

Siberian fir is useful for deodorizing, cleaning, and for relieving the symptoms of colds and flu, according to Essential Living.

Silver fir (Abies alba) has benefits similar to grand fir, although silver fir has a more gentle effect on stimulating the mind, motivation, and self-confidence, according to Aromatica. Thus, the oil is appropriate for children and sensitive individuals.

"The spirit of [Abies alba] extends around the planet, encircling us in it's wide enveloping arms of protection, bringing down the rainbow of heavenly lights that shine upon us," writes aromatherapist Valerie Ann Worwood in Aromatherapy For the Soul. She says the oil encourages, protection, steadiness, grounding, harmony, compassion, clarity, achievement, strength, and inner unity.

The oil may help relieve muscle aches and pain, anxiety, and tension and serve as a general tonic, according to The Complete Book of Essential Oils and Aromatherapy.

Add the oils to a wick of an aromatherapy inhaler. Inhale as needed to keep sinuses clear and open breathing. OK for children over five years of age.

Balsam fir essential oil (Abies balsamea) may help relieve colds and the flu and is useful for cleansing, according to Essential Living. See a full profile of balsam fir.

Douglas fir (Pseudotsuga menziesii) is a member of the pine family and not a true fir. However, the oil's benefits are similar to grand fir, according to Aromatica.

Douglas fir helps clear energy blocks and balance emotions, according to Aromatherapy and Subtle Energy Techniques. The oil is especially useful for the sixth chakra to promote mental clarity and support intuition.

This oil also supports the respiratory system and is useful in a massage for sore muscles, according to Jeanne Rose.

Other fir oils you may encounter include:

While the fir essential oils have many similarities, you will get better results if you understand the nuances of each oil.

Production: Steam distilled from the needles and twigs of the tree.

Aroma: Varies according to the type of fir but generally woodsy.

Is fir safe to use during pregnancy? Consult a professional.

Is fir essential oil safe for children? Consult a professional.

Cautions: If fir oil becomes oxidized, it may cause skin sensitization.