As an Amazon Associate and affiliate with other programs, I may earn revenue from qualifying purchases through affiliate links. This does not affect the price you pay. Privacy Policy / Disclosures. **Sign up for my monthly newsletter and receive a free aromatherapy ebook.** 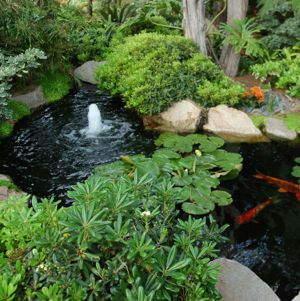 One way to help create change in your life is to learn Gendlin focusing basics from psychotherapy.

Research done in the 1960s and 1970s at the University of Chicago and other places looked for the difference between people who found psychotherapy useful and those who didn't. The findings led University of Chicago psychology professor Eugene T. Gendlin, Ph.D., to publish the book Focusing in 1978.

The research found the difference is in how people talk, which is an outward sign of the process they go through inside of themselves. Successful psychotherapy patients had a skill that involved an internal bodily knowing. Gendlin called that knowing "focusing" and developed a way to teach people to focus to better understand themselves.

When you use focusing therapy, you contact a special type of internal body awareness called the felt sense. A felt sense isn’t usually present in your body but develops when you know how to pay attention to your body's sense of a particular problem or situation. This felt sense shifts if you approach it in the right way. When the felt sense changes, you change.

According to Gendlin, "Every bad feeling is potential energy toward a more right way of being if you give it space to move toward its rightness." Focusing is the next development after getting in touch with your feelings. Focusing isn’t talking at yourself from the outside, an analytic process, body sensation, or an emotion.

The process of focusing has six steps:

Sometimes, body shifts happen during the process and sometimes they don’t. When your body experiences a physical change, it's called a felt shift. Then the problem seems different. As each shift occurs, the nature of the problem changes, letting you move to deeper levels of understanding.

The act of focusing creates change but doesn't in and of itself get rid of problems. Rather it gives you a different perspective from which to more successfully deal with problems. Focusing is optimistic and envisions you as a process capable of continual change and forward movement.

Here's a video that takes you through the six steps:

The information on this site is for educational purposes only. Consult a healthcare professional as appropriate.
Copyright ©
2022. Bold Visions LLC. All rights reserved.