As an Amazon Associate and affiliate with other programs, I may earn revenue from qualifying purchases through affiliate links. This does not affect the price you pay. Privacy Policy / Disclosures. **Sign up for my monthly newsletter and receive a free aromatherapy ebook.**

Using the Feldenkrais Method To Educate Your Body 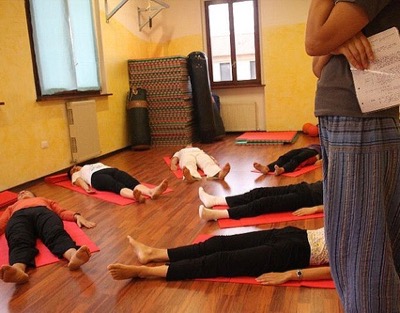 A Feldenkrais Awareness Through Movement Class

The Feldenkrais Method® was one of the early forms of somatic education and has influenced the development of other somatic practices. Feldenkrais is an educational system that helps you become aware of how you use your body and then helps you change patterns causing you pain or negatively affecting your physical abilities.

Throughout your life, you develop physical and psychological behavior patterns to deal with all types of situations. These patterns can become deeply ingrained in your nervous system and remain even when you no longer need them. These outdated or dysfunctional patterns then cause pain or other problems.

Feldenkrais lessons work with the nervous system's innate processes to free you from unwanted habitual patterns, often helping to relieve muscle tension and pain. Then new patterns of thinking, feeling, and moving can emerge, along with improved posture, flexibility, coordination, and self-image.

Creating new patterns can benefit anyone who wants to move, sit, and lie more comfortably. It's especially useful for people with restricted movement, chronic pain, and psychological and neurological problems. Performing artists and athletes also use this somatic practice to improve performance.

The Feldenkrais Method has two parts: Awareness Through Movement® and Functional Integration®.

Awareness Through Movement (ATM) lessons are group classes where the Feldenkrais teacher verbally gives instructions to lead you through a series of movements. You may do movements while lying or sitting on the floor, sitting in a chair, or standing.

ATM taps into the sensory motor processes of your brain. You discover how you do the movements and notice the quality of changes in your body. You learn to relax and to abandon habitual patterns. ATM reeducates your body and makes you aware of new movement potential. Hundreds of available lessons can address every joint, muscle group, and function of your body.

In a Functional Integration session, the Feldenkrais practitioner works with you one-on-one and guides you, using slow, gentle touch, through precise movements designed to change your habitual patterns and provide new learning directly to your neuromuscular system. You remain comfortably clothed, and this work may be done with you lying or sitting on a low padded table, or you may sit in a chair or be standing or walking. 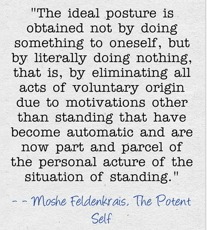 Moshe Feldenkrais, D.Sc., (1904-1984) was a scientist, physicist, and engineer. He was also a Judo instructor. Feldenkrais developed the Method to heal his own knee problems, and then taught hundreds of students around the world. He was an early pioneer in the field of somatic education, and his work continues to influence disciplines such as the arts, education, psychology, and physical medicine.

The information on this site is for educational purposes only. Consult a healthcare professional as appropriate.
Copyright ©
2021. Bold Visions LLC. All rights reserved.